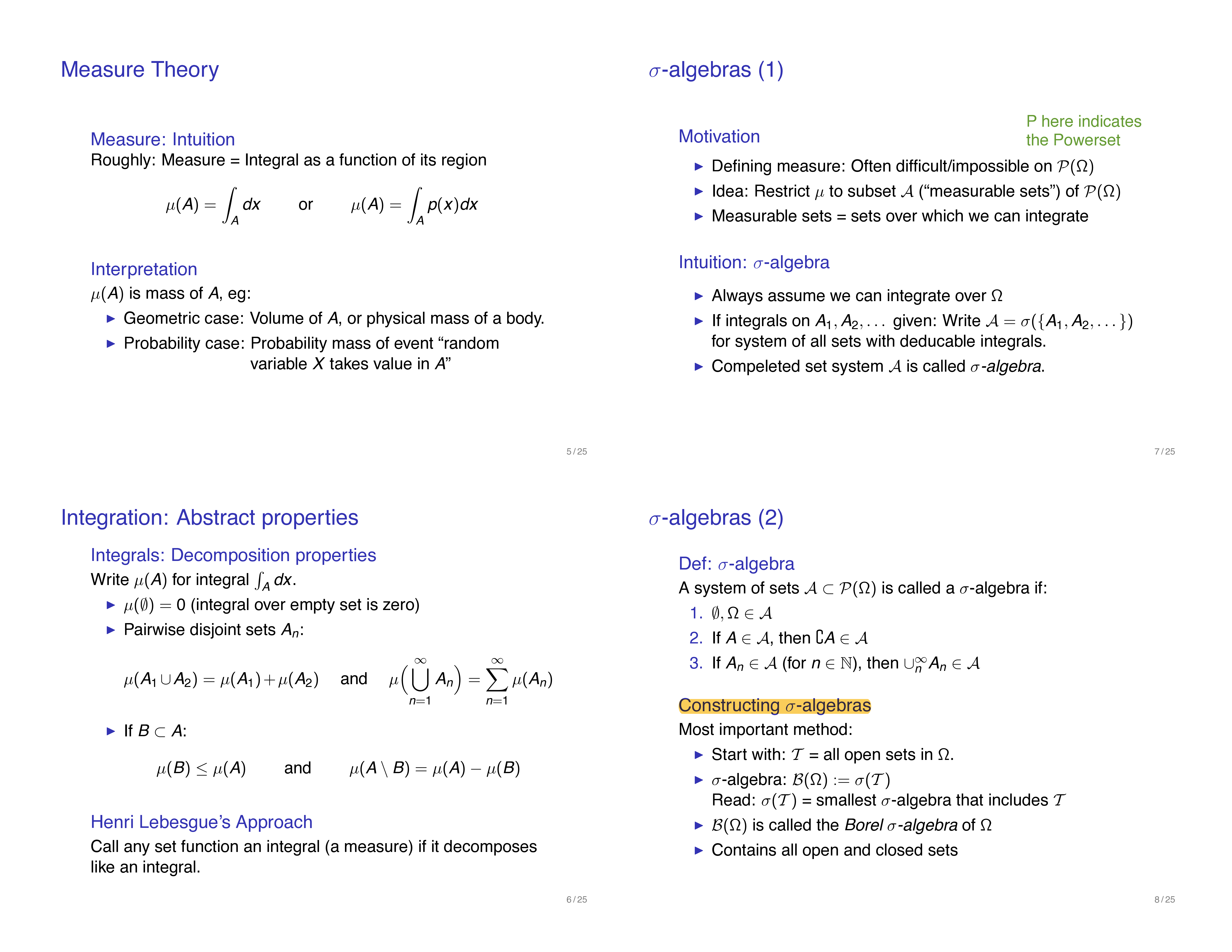 - Intuition: roughly a measure is an integral as a function of its region 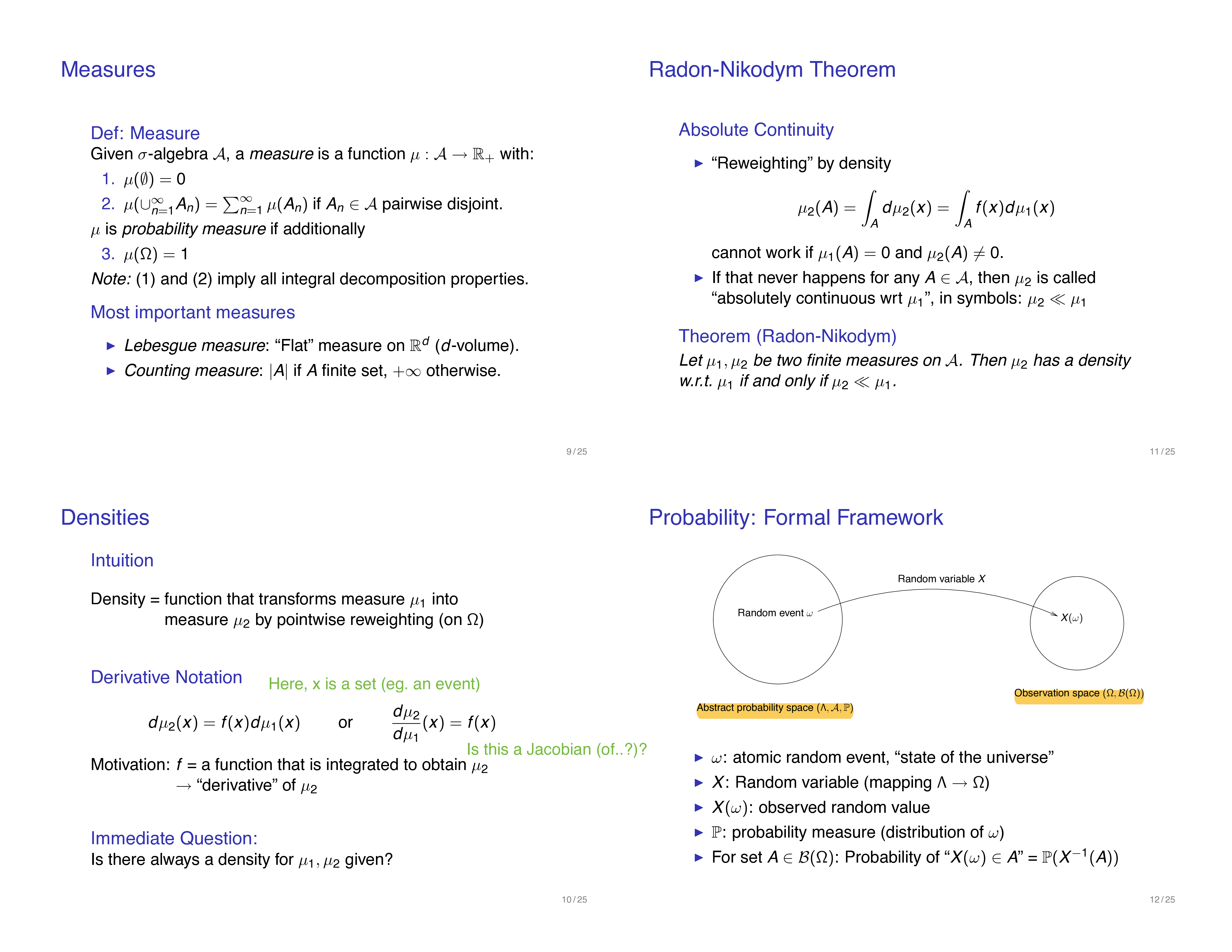 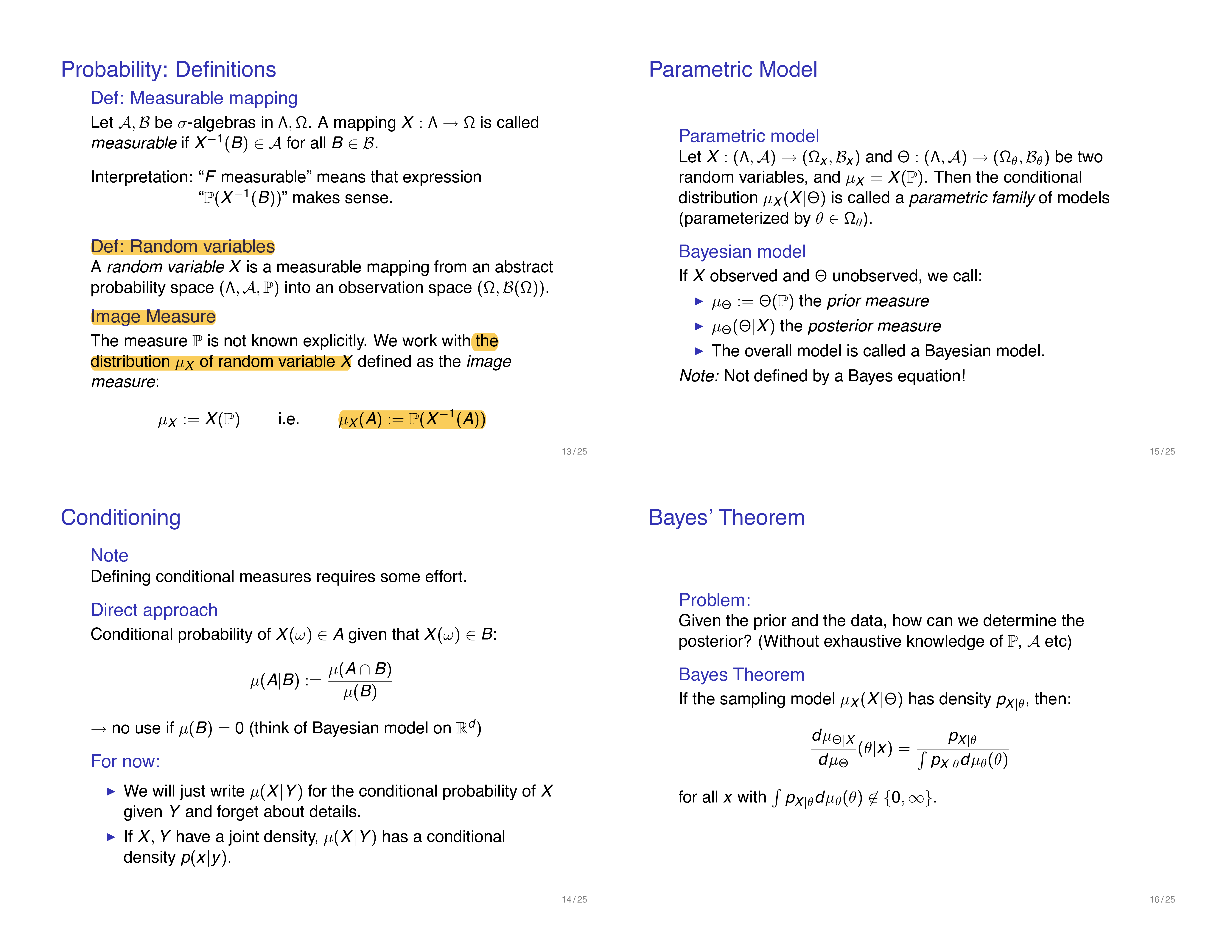 Relationship between two random variables and their image measures

"Density" describes the relationship between two random variables and their image measures:

Use `Make` for Reproduible Research

Basics of make for Reproducible Research¶

Q: Why am I reading this?
A: To understnad the motivation behind latent variable models In particular, I want to be clear about the relations among: Probablistic Graphical Model vs. Latent Variable Model vs. Bayesian Inference. They all come up in a very similar setting, but what exactly are they?

Q: What is the product/outcome of this reading?

(2) Compute
Given observation data D, compute the conditional distribution of hidden variables given D (ie. the random variable here can be written as "h|x=D".

Q2: What is a Latent Variable Model?¶

"...latent variable models are graphical models where some variables are not seen, but are the causes to the observations. Some of the earliest models were factor analysis. Here the idea is to find a representation of data which reveals some inherent structure of the data..." - link

Q3: What do you mean when you use "bayesisan" to describe a model or an inference method?¶

I strongely believe models should simply be gramed as a joint distribution p(x, z) for observation/data variable x and latent variables z

NB: this is in line with Blei's definition on a model, provided in this article (pg. 207)

A model is a joint distribution of x and h, p(h,x | hyperparam) = p(h|hyperparam) * p(x|h), which formally describes how the hidden variables and observations interact in a probability distribution

Dustin continues his comment on calling a model either "bayesian" or "frequentist". He argues this is not the right way to communicate because "there is no difference!"

... They are all just "probabilistic models". The statistical methodology -- whether it be Bayesian, frequentist, fiducial, whatever -- is about how to reason with the model given data. That is, they are about "inference" and not the "model" (Bullet 2)

This comment really clarifies my confusion on when to use the adjective "Bayesian" (ie. to describe a model? or a method of inference?):

The descritpion of specifying how the observations arise from the hidden quantities (aka. the generative process of the data) is where everything starts. The story you are constructing/assuming about this generative process can be expressed in 1) plain english, 2) the joint distribution between the hidden variable and observation variables, and how the joint distribution can be factored, and 3) the probabilistic graphical model. So the first thing is to write this generative process (btw this is "your" choice, "your" story, ie, the assumptions you choose/hypothesize).

Aside: Why a joint distribution?¶

NB2: Why the conditional distribution of H|X=Data?¶

NB: aka. the posterior distribution of the hidden variables given observations 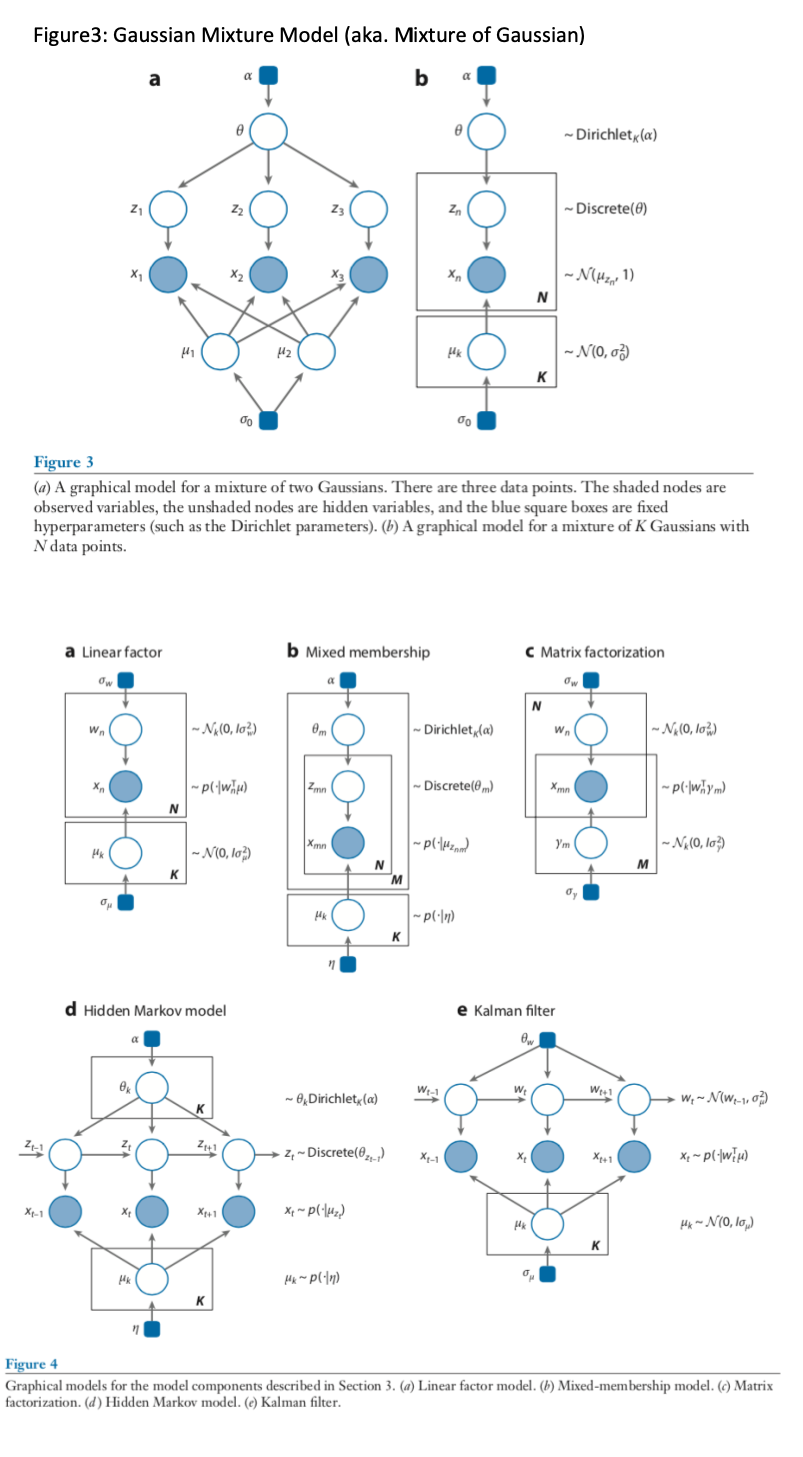